This post will explain how to calculate the hourly wage of a person to determine the amount that can be claimed at various levels of government as the permissible salary or wages for the prosecution of SR&ED. 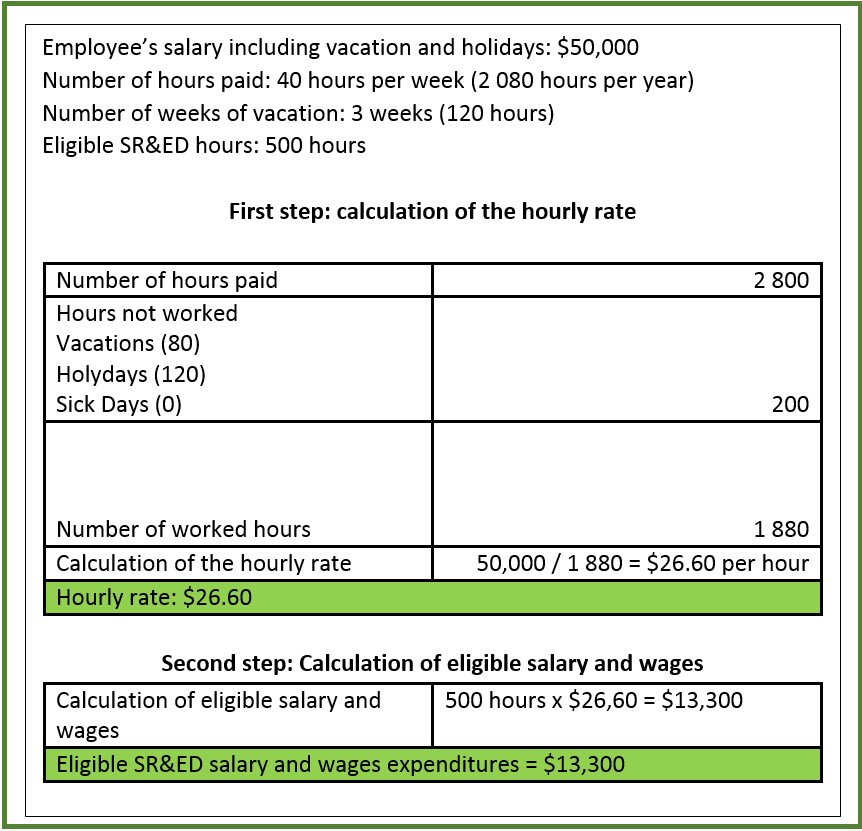 It is important to note that “Revenu Québec” has modified its procedures in recent years. Thus, “Revenu Québec” reserves the right to conduct a review the work performed by employees directly engaged in SR&ED, and break down the hours associated with these tasks. Also, traditionally, when the CRA agreed on the amounts of salary and wages attributable to SR&ED activities, “Revenu Québec” accepted those amounts without reconsideration. Now, this is no longer the case, and “Revenu Québec” may make a comparison of wages by cross-checking internal files. Finally, federal and provincial laws on the eligibility of SR&ED expenditures were harmonized except in regard to legislative provisions from Quebec. In such cases, those provisions would take precedence over federal law.

In short, the calculation of eligible salary and wages for SR&ED is not part of a very cumbersome exercise. However, you must be sure before beginning to have all the necessary information to calculate, especially the number of hours each employee spent working in SR&ED.